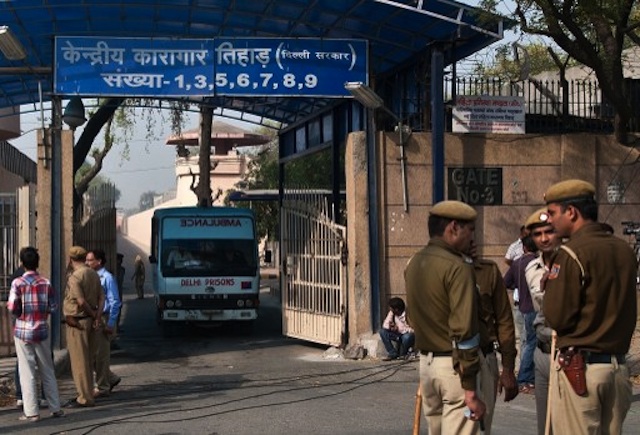 At least 15,316 Nigerians are in various prisons abroad, with the largest number of 752 in the United Kingdom, Abdulazeez Dankano, the Director, Consular and Immigration Services, Ministry of Foreign Affairs, has confirmed.

Dankano said many of the prisoners were in the Asian-pacific region for drug-trafficking related offences.

The revised figure is 6,000 more than the earlier figure published by the ministry in June this year.

“This figure cannot be exact because some countries’ laws do not allow them to reveal such information. Sometimes our missions go through serious challenges to get the information,’’ he said.

Dankano explained that Nigeria and Thailand were currently implementing a Prisoner Transfer Agreement (PTA), which has seen the repatriation of about 400 Nigerian prisoners since 2008. He stated that the PTA allows the return of a prisoner to serve out his sentence in his home country where both jurisdictions are in agreement.

Dankano listed the UK, Hong Kong and India as other countries with which Nigeria had concluded bilateral PTA but have yet to sign the agreements. “The three agreements are ready for signing and at a convenient time for the countries, they will be signed,’’ he said.

Dankano said the agreement with India was concluded last month following the visit of a high-level Nigerian delegation to New Delhi to negotiate some outstanding agreements with the country.

On UK, Dankano said that Nigeria had an existing PTA under the Commonwealth scheme that had facilitated the repatriation of only one prisoner. “Under that (commonwealth) agreement, the prisoner has to consent before repatriation as that is the practice in international human rights. The commonwealth scheme is still open and convicted prisoners can opt to come back through that scheme or through the bilateral PTA that will soon be signed,’’ he said.

He said that about 300 Nigerians in UK prisons are qualified for repatriation under the bilateral PTA, and that the UK government would defray the cost of bringing them home. Dankano said that 22 Nigerian prisoners in Hong Kong had indicated their willingness to return home to complete their terms. “I went to Hong Kong recently and met with each of the prisoners and they indicated their interest to come back home and complete their prisons terms.

“Hong Kong is a special administrative region under China, so we had to seek the Chinese government approval before going into the negotiations. We got the approval, did the negotiations and in the New Year we will find a convenient time to sign the agreement and bring back the 22 Nigerians.’’

He explained that Nigerians serving capital punishments cannot be transferred home even if they consent to return home. Dankano told NAN that repatriating prisoners back home was usually a hard bargain for the country as most airlines are cautious of transporting them.

“We have not recorded any incident yet and the Nigerian government does not pay for any prisoner to be transported home. We can only facilitate their return and when they come, government will shoulder the responsibility of maintaining them until they end their term; that is what is in the agreement,’’ he said.