Those fighting me will fail in 2014, says Ikuforiji 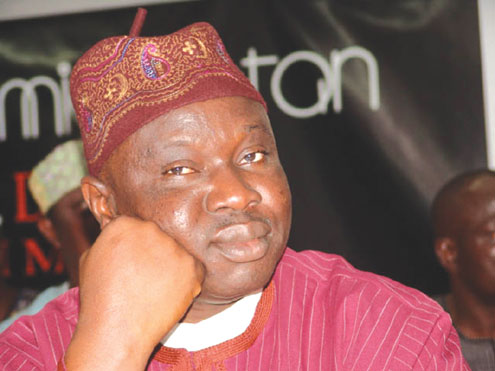 As the world looks towards the Christmas and New Year celebrations, Speaker Adeyemi Ikuforiji of the Lagos State House of Assembly, western Nigeria has declared that his persecutors would not succeed in 2014.

For over two years, the Speaker has been battling the Economic and Financial Crimes Commission, EFCC, over allegations including that the House made withdrawals of cash without following the due process.

Ikuforiji, who gave details of the charges against him by the EFCC at this year’s thanksgiving service of the Lagos State House of Assembly organised by the Assembly’s Christian Fellowship yesterday evening, said for about two and half years, his case with the EFCC had grounded the House.

According to him, acting on a petition from some faceless individuals, the EFCC stormed the House, but their investigation yielded no expected result.

He said the anti-graft agency even commended the House for effective record keeping only for the agency to go ahead and charge him before the court.

He however expressed optimism that he would eventually triumph over his accusers.

“A petition that has no address was sent to the EFCC that I embezzled N7 billion from a N6 billion budget. They investigated our books for three months and said this is the only government establishment that has detailed records of account.

“They took us to court that we were withdrawing cash from the accounts department without going to the bank.

“They said I was not going to Wema Bank and Skye Bank to queue, as the Speaker, to collect money.

“The Lord will not allow them to succeed. The will of God shall prevail if only we are serving God,” he said.

His prayers elicited a loud shout of ‘amen’ from the hundreds of residents of the state who gathered for the event.

Quoting from various books of the Bible to back his prayers, he urged members and staff of the House to get into the New Year with a change of attitude advising them not to carry out activities that would make the House a source of ridicule.

Commenting on the theme of the thanksgiving: ‘The Latter Glory’ which had Rev. Felix Meduoye, the General Overseer of Foursquare Gospel Church, Nigeria as the guest preacher, a lawmaker and patron of the fellowship, Lanre Ogunyemi, said: “today we say Lagos is the Centre of Excellence and that the House has performed well, that is the former glory.

“Thanksgiving is an ordinance that man must make to his creator and to that extent you can say it is not out of place to appreciate God who has kept us from the beginning of the year till now.”

He said despite the various challenges facing the country, God had kept members of the House, staff and the state government.

It is traditional for us at this time of the year to come together and thank God because a lot of state Assemblies have experienced a lot of chaotic situations with members throwing chairs at one another and breaking their heads with mace.

“Nothing like this has happened in our House. Rather, there has been collaboration between the legislature and the executive and our people are better for it. If there is even nothing else to thank God for, we have to thank Him for life.
#End#