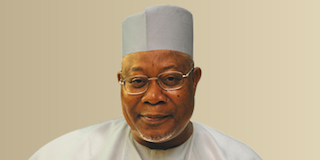 Jaiz Bank recorded an operating loss of N1.07 billion in 2012, Alhaji Umaru Mutallab, the Chairman, Board of Directors of the bank, said on Thursday in Abuja.

Mutallab, who made this known at the maiden Annual General Meeting (AGM) of the bank, said the bank also realised N3.29 billion as deposits in the period under review.

He attributed the “lackluster performance’’ of the bank to lack of sharia-compliant liquidity management instruments and hiccups experienced in joining the settlement and clearing system.

Mutallab listed other reasons as the challenges of fully implementing the core-banking software and learning curve, among others.

“The bank’s first year of operation was a very challenging one, not only being a startup, but also a pioneer in a new finance service sector.

“This, notwithstanding, Jaiz Bank was able to tap a lot of opportunities in the industry. The bank was able to garner total deposits of N3.29 billion for the year ended Dec. 31, 2012.’’

He said that investments made by the bank in the year amounted to N1.9 billion, while shareholders funds rose by 53 per cent from N6.45 billion to N10.1billion.

The chairman attributed the increase to the recently concluded private placement exercise conducted by the bank which was successful.

On income, he said that gross earnings during the period under review, amounted to N79.56 million.

Muttallab said that the board had taken all necessary steps to ensure that the bank obtained a national licence, which would enable it to operate in all the states of the federation.

This, he said would give Nigerians a feel of “the alternative banking model option’’.

He noted that in the midst of operational challenges, the bank had maintained its drive in developing the nascent sector.

The Managing Director of the bank, Alhaji Islam Muhammad, said the bank would embark on aggressive retail banking as well as invest in small scale enterprises to drive its growth.

This, he said was to ensure the bank breaks even by the first quarter of 2014.

Mutallab added that the bank would adopt adequate strategies, including aggressive deposit drive, investment in the real sector of the economy and agriculture, to enable it achieve its set objectives.

The board chairman said that the total asset of the bank stood at N14.1 billion as against N5 billion when it started operations in Jan. 2012.

“The bank has also grown its network of branches to 10 from the three it started with in Abuja, Kaduna and kano, with additional plan to expand its operational platform from regional to national licence.

“This will enable the bank to expand its presence in all the state capitals of the federation by early 2014.

Jaiz Bank Plc, a non-interest bank, is the first of its kind to be established in the country.