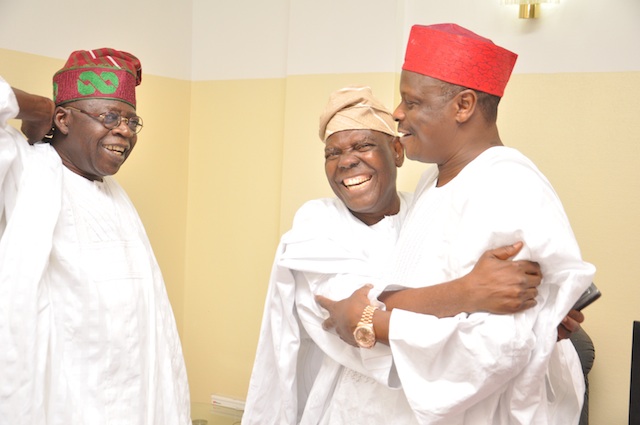 Governor Rabi’u Kwankwaso of the northern Nigerian state of Kano, has formally declared for the All progressives Congress (APC). He made the declaration shortly after a meeting with former PDP stakeholders at the Government House, Kano, on Thursday.

He said he found it necessary to leave the PDP in order to bring about democratic change in the country.

“It is imperative to leave the old order and embrace the new order found in the APC to bring about democratic change in Nigeria,’’ he said.

The governor, who hoisted the flag of the APC in the midst of party supporters from the 44 local government areas of the state, promised to carry everybody along in order to move the state forward.

The APC flag had also been hoisted at the main gate of the Government House, Kano.