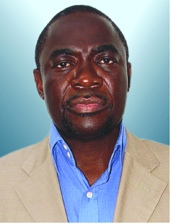 Ogunro: the tragic story of a murder

A source told P.M.NEWS this morning that Ogunro was coming from a special Christmas service programme which he chaired when the gunmen stopped his car and demanded for the keys. Though he didn’t resist their order, yet one of the assailants shot him. He died few minutes later before help could come.

Senator Babafemi Ojudu, a friend of the deceased confirmed the death.

“It is true. So sad,” the Senator stated in a short message to our correspondent.

When contacted, the Divisional Police Office at Alausa, Ajao O. Adewale, a Chief Superintendent of Police, confirmed that a man was shot at 10.20 p.m. yesterday at Alausa. He added that his vehicle was snatched by his attackers. “We don’t know him but we have commenced investigations into the attack,” he added.

The atmosphere at his home on Atinuke Ologunde Crescent, Ogudu GRA, Lagos was filled with gloom as sympathisers trickled in to condole with the wife of the deceased. None of them was willing to speak with P.M.NEWS on the tragedy.

The Ekiti State-born Ogunro was one of the pioneers of advertising practice in Nigeria. He, alongside Mr. Biodun Shobanjo and others, changed the business of marketing communications when they all resigned from Grant Advertising to float Insight Communications Limited in January 1980.

He later left to establish Eminent Communications in 1982 and has been able to build the company to a reputable height.

Ogunro was a fellow of the Advertising Practitioners Council of Nigeria, APCON.