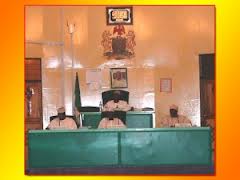 Kano House of Assembly in session

In a letter dated Monday 23, 2013, signed by EFCC’s Head of Operations in Kano, Ishaq Salihu, EFCC stated that it was investigating a case involving the affected Kano lawmakers.

The letter was addressed to the Clerk of the House, also among those invited for interrogation.

EFCC in the letter requested the clerk to release the members for interview by the under signed officer.

P.M.NEWS, however, learnt that all the Kano lawmakers under the EFCC custody have already been moved to Abuja.