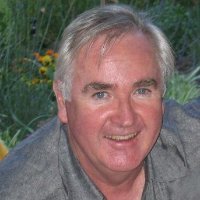 The Transmission Company of Nigeria (TCN) says its pioneer Managing Director, Mr Don Priestman, was not sacked as reported in the media.

In a statement issued on Sunday in Abuja by Mrs Seun Olagunju, the TCN’s General Manager (Media), the company said that Priesman only retired after a meritorious service.

It also said that Priestman had since been replaced by a new Managing Director, Mr Mack Kast.

“Contrary to reports in some sections of the media, the TCN, in its press release, did not in any way state that Don Priestman was sacked.

“Such insinuations are damaging and not acceptable to the company,’’ it said.

The statement stressed that Priestman honourably served as the Managing Director of TCN for the period of his contract engagement with Manitoba Hydro International.

It said that Priestman, who was the pioneer Managing Director/Chief Executive Officer of the TCN after Manitoba Hydro International (MHI) took over the company, retired after a meritorious service with MHI of Canada in about 45 countries.

The statement also said the new Managing Director, Mr Mack Kast, was engaged as an Advisor for MHI working for the TCN, as part of the Federal Government’s power sector reform initiative.

It said that Kast, who had spent substantial time working on the Nigerian power sector project since 2012, was a graduate of the University of Toronto.

The statement said that Kast had worked in the power utility sector, adding that he once held executive roles in Manitoba Hydro and Ontario Hydro and Regulatory Boards in Canada.

It added that he had also worked in various capacities in other African countries such as Tanzania, Mozambique and Liberia.