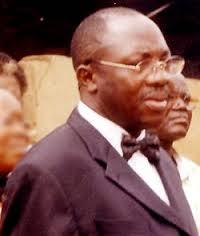 It was learnt that the university don, also a former Commissioner for Education as well as Local Government and Chieftaincy Affairs in the state, died early this morning at the Lagos State University Teaching Hospital (LASUTH), Ikeja, Lagos, southwest Nigeria.

According to reports, Professor Lawal, was sick for a long period, which necessitated his being flown abroad at a time.

He was reported to have been healed before the illness relapsed about last week which necessitated his being taken to LASUTH where he breathed his last early Wednesday morning.

Professor Lawal, a professor of History was commissioner in the state during the second term in office of Asiwaju Bola Ahmed Tinubu where he manned the ministries of Education and Local Government and Chieftaincy Affairs.

He later resigned to contest the governorship of the state.

During the crisis of succession to Asiwaju Bola Ahmed Tinubu, he left the then Action Congress (AC) to pitch tent with then Democratic Party Alliance (DPA) where he was made the running mate to the party flag bearer, Jimi Agbaje.

He had since returned to the progressive fold before his death.

He will be buried later on Wednesday at his residence in Ojo in accordance with Islamic rites.

The late Lawal was born on 9 May, 1959 into the Awori clan of Ojo and Lagos Island, by the Late Haruna Ayinde Lawal of Itafaji and Epe and the Late Kehinde Lawal (Nee Idowu-Esho).

The don also attended Jama at ul Islamiyya Primary School, Ebute Elefun, Lagos between 1965 and 1971, Lagos City College, Sabo-Yaba, Lagos between 1972 and 1976 and Federal School of Arts and Sciences, Victoria Island between 1977 and 1979.

He is married to Hajarat Oluwatoyin (Nee Aiyeola of Epe and Ibeju-Lekki) whose mother is from Badagry.

He was a Professor of History at the Lagos State University, Ojo from 1984 until he was appointed a Commissioner in 2003 by Governor Bola Ahmed Tinubu, first as Commissioner for Education before being moved to the Local Government Ministry.