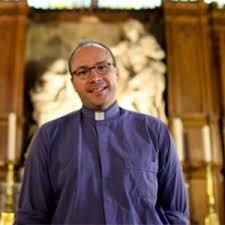 The brief statement said Hollande thanked Cameroonian and Nigerian authorities for their work in securing his release and highlighted the “personal involvement” of Cameroonian President Paul Biya.

The 42-year-old priest had chosen to remain in northern Cameroon, a zone where Nigerian Islamist sect Boko Haram is known to operate, despite the security threat.

The radical Islamist movement Boko Haram, which has killed thousands of people in attacks against Christians and government targets in northern Nigeria, claimed responsibility for holding the French priest soon after he was kidnapped.

A French diplomatic source said Vandenbeusch was freed in the early hours of Tuesday in northern Cameroon and was being flown by the army to be received by the French ambassador.

Hollande thanked both the Nigerian and Cameroonian authorities for helping secure the priest’s release, and particularly Cameroon’s President Paul Biya for his “personal involvement”.

But spokesman of Nigeria’s Defence Headquarters, Maj. General Chris Olukolade said Tuesday the Nigerian army was not involved in the release of the French priest.

“I have not received any briefings on the incident because the military were not involved,” he said.

Hollande said he had asked French Foreign Minister Laurent Fabius to fly to Cameroon’s capital Yaounde “to greet Father Vandenbeusch and bring him home as soon as possible”.

His November 13 kidnapping was the latest in a series of attacks on French targets in Africa since France launched a military intervention in Mali in January to oust al Qaeda Islamists there, who had forged links with Boko Haram. Six French nationals continue to be held hostage in Mali and Syria.

The statement said Foreign Minister Laurent Fabius would travel imminently to the Cameroonian capital Yaounde to bring Vandenbeusch back to France.