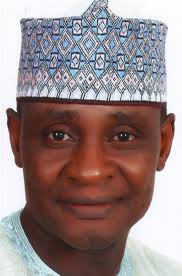 The national finals of the 2013 NFF U-13 Football Championship will start in Abuja, the Nigerian capital on Friday. It will last for five days.

Organised on zonal basis, the U-13 National Championship is one of the cardinal developmental programmes of the Aminu Maigari’s administration, and has yielded ample dividends with a number of players in the U-17 squad that won a record fourth FIFA U-17 World Cup for Nigeria last year coming through the ranks.

Speaking in Abuja on Thursday, NFF’s Director of Competitions, Dr. Mohammed Sanusi, said all arrangements have been made for the 13 teams from different geo-political zones that have made the final
championship to have a good experience in Abuja.

“We have finalised all arrangements to ensure that the organisation is hitch-free, and that all the teams have nothing to complain about.

“This is a very serious programme that has been fruitful and we are determined to take it to the next level,” Sanusi said.

Ademola Olajire Assistant Director (Media) of the NFF said in a statement that all the delegations have been directed to report at the FIFA Technical Centre, Package B of National Stadium, Abuja where the matches will also take place.