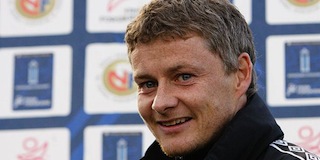 The 40-year-old has been in charge of Norwegian side Molde since November 2010, leading them to Premier League titles in 2011 and 2012, and winning the Norwegian Cup in 2013. He had previously been in charge of Manchester United’s reserve side following his retirement from playing.

A club statement read: “Following discussions with Tan Sri Vincent Tan and Club Chairman Mehmet Dalman, Ole, joining Cardiff City from Molde FK, today met with his new squad at the Vale training ground and will soon be unveiled to the press at Cardiff City Stadium.”

Famed for his Champions League-winning goal for Manchester United in 1999, Solskjaer won six Premier League titles and two FA Cups as a player at Old Trafford, scoring 126 goals in 366 appearances in all competitions.

He joins Cardiff with the Welsh side just a point and a place above the relegation zone on their debut campaign in the Premier League. Their last two games under caretaker manager David Kerslake has seen them lose vital goals in the closing stages of matches, squandering a 2-0 lead at home to Sunderland to draw 2-2, and also losing 2-0 to Arsenal on New Year’s Day, a match watched from the stands by Solskjaer alongside embattled owner Vincent Tan.

Cardiff intend to employ the former Manchester United striker on a rolling contract, with the promise of £25 million to spend immediately. Solskjaer will try also to bring Mats Moller Daehli, the 18-year-old midfielder whom he has compared to Adnan Januzaj, with him from Molde.

Cardiff are also prepared to spend heavily on a striker, with Heerenveen’s Alfred Finnbogason one option.

“He has already experience as a manager in Norway, so he has learned his job,” said Wenger.

“It is a chance. Basically what you want when you are young is a chance, and you have to make the maximum of that chance.”