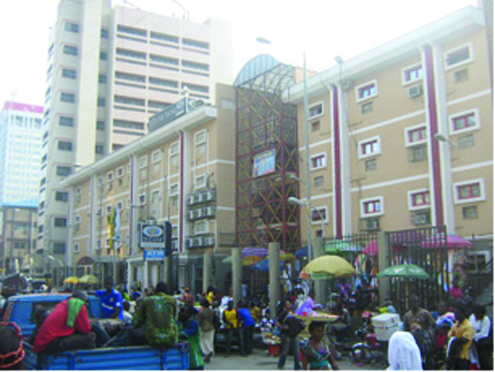 The popular Balogun Market in Lagos Island, southwest Nigeria was devoid of its usual hustling and bustling on Saturday as a deposed White Cap Chief in the area died early Saturday monring.

All the shops in the market were ordered closed in honour of the deceased just as the entire market was closed down.

It was learnt that the deceased named Balogun Okolo has been sick for sometimes before he finally gave up the ghost early Saturday morning.

P.M NEWS gathered that the late former white cap died after suffering from diabetes, an ailment that was reported to have rendered him immobile for few weeks.

It was further learnt that the late Balogun Okolo used to be a white cap chief at Iga Idunganran palace.

However, a bitter disagreement with the Eleko of Eko, Oba Rilwan Akiolu, led to his being deposed.

His deposition also led to his name being removed from the traditional chiefs’ list of the local government.

This it was gathered, ultimately led to his salary and other emolument being stopped.

Unconfirmed report has it that this must have negatively affected his health which finally led to his death.