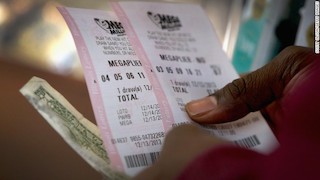 A delivery truck driver has come forward to claim his half of a $648 million jackpot, the second largest in US history, lottery officials said Friday.

Steve Tran bought five tickets in San Jose, California, ahead of the hotly anticipated December 17 Mega Millions sweepstakes — but then promptly forgot about them.

Until, that is, he woke up in the middle of the night on Monday and checked his stash to discover he had become a multi-millionaire.

Tran will split the hefty sum with fellow winner Ira Curry Georgia, who used the birthdates of family members as the basis for selecting her winning numbers.

Before federal taxes, the cash equivalent for each ticket is $173.8 million, according California Lottery.

Tran, who has 60 days to select a payment option for his new fortune, told lottery officials he planned to take an extended vacation.

And his future likely won’t include making deliveries.

“I’m really sorry boss. I hit the jackpot. I don’t think I’m going to come in today, tomorrow or ever,” Tran told his employer, according to a California Lottery statement.

The jackpot is the second largest in US history. The record $656 million was shared by three Mega Millions ticket holders in March 2012.

Mega Millions tickets are sold in 43 of the 50 US states.