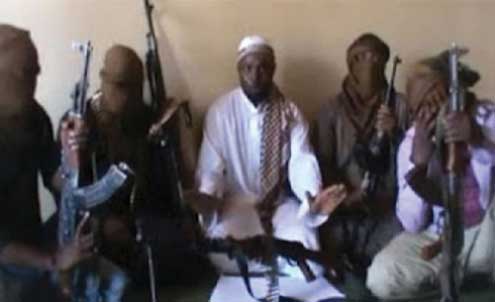 Some wives and children of policemen killed by Boko Haram insurgents, on Saturday appealed to the government and the Nigerian Police to provide them with vocational training and jobs.

The widows and other members of their families made the appeal in Kaduna during the distribution of bags of rice, vegetable oil and a cow by the Inspector General of Police.

Mrs Margaret Ishaya, the wife of one of the deceased officers said the widows were ready to accept job as cleaners.

She said that it would go a long way to enable them fend for their families and appealed to the police authorities to consider members of their families during recruitment.

The wife of late Inspector Sunday Badeh, who died in the process of detonating a bomb, urged the police to fast track the payment of benefits to the affected families.

Mrs. Badeh, however commended the police authorities, for their support following the demise of her husband.

Also speaking, the widow of Sgt. Yakubu Musa, who was killed on 18 April, 2012 at Rigasa said some of them needed jobs to have a steady income.

The Insp. Gen. of Police, Mohammed Abubakar assured the widows and other families of deceased officers of the Police continuous support for them.

Abubakar, represented by the Commissioner of Welfare, Mr Usman Yakubu, said the distribution of food items was aimed at alleviating the hardship the families of the deceased officers were facing.

He said that the police have so far distributed food items to families of deceased and injured officers affected by the insurgency in 10 states.

“Though they have paid the supreme price so that Nigeria and Nigerians can live in peace you will continue to be regarded as active members of the Nigeria police family,” he said.

The Kaduna State Commissioner of Police, Mr Olufemi Adenaike, said that the command recently distributed N10, 000 each to families of the 29 policemen killed between 2011 and 2013.

Adenaike said that the effort was aimed at providing them with succour during the yuletide and New Year.