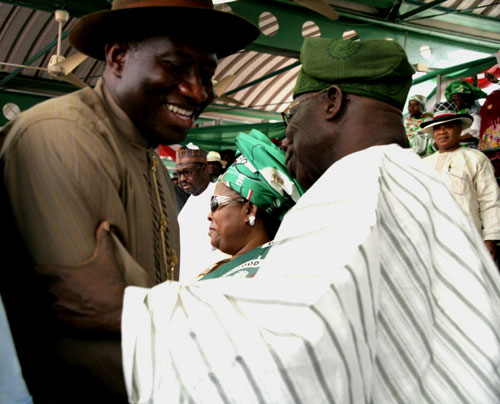 Abati spoke in an interview on Sahara TV on Saturday and said power supply has become better in the country than it was in 2007 and 2010, the Punch online reported.

During the interview, Abati responded to questions on the several issues involving the Presidency, and tongue-lashed the opposition for attacking the President on almost all issues.

On the proposed national conference, which was scheduled to hold this year, Abati praised the President, saying it would be better than the political reform conference that was organised by Obasanjo.

He said, “The last political reform conference, organised by Obasanjo failed. It ended up the discussion of tenure elongation and third term ambition.”

Abati faulted those who have questioned why Jonathan’s government scheduled the national conference to be held the same year the country is marking 100 years of amalgamation.

He said the celebration of Nigeria at 100 is not about the Jonathan administration, but a celebration by the private sector, the state and local government and all Nigerians.

He also criticised those who have questioned Presidency’s budgetary allocation saying, “Everyone is involved in the budget- making process. Both the intelligent and the unintelligent. Even okada drivers have become budget analysts.

Abati also accused the media of bias for the opposition.

“The media as we have it in Nigeria today is heavily in the hands of the opposition. Whatever the President says, they twist it,” he said.

He also praised Jonathan as the only president that has given Nigerians a road map.

“What he (Pres. Jonathan) has been able to do is historic. We have never had a president in Nigeria that presented Nigeria with a road map,” he said.

Obasanjo, however, said he would not join issues with the President and his aides. He said Jonathan is building on the foundations he laid while he was the President.