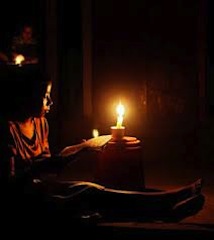 Judicial activities have been almost halted at the Lagos division of the Federal High Court because of power cut.

In the past two weeks, the court has been experiencing epileptic power supply as the seven generating sets being used by the court packed up.

Since last Thursday all the courts and offices including the Judges chambers have been in darkness with severe attendant heat.

Today when the court resumed  some of the judges who tried to sit  hurriedly adjourned their cases and stormed out of the court when the heat became unbearable. Outside the court, it was cloudy, with the sun unable to lighten up the courtrooms

A few of the judges were not deterred as they called their cases.

Many  litigants and lawyers especially those who came from far places were disappointed as no date was fixed for their cases as they don’t know when light will be restored for normal judicial activities to resume.

The absence of electricity supply   has also debarred  the court from producing its cause list,  for the second week

Some of the notable cases that were suppose to come up are, a bunkering case, involving the Federal Government versus Ali Kamaya and sixteen others, a revenue matter NIPOST versus UNION BANK and eighteen other banks.

At about 2.43pm a fairly used generating set was brought to the court and installation was about to commence.

One of the top officers of the court, told P.M.NEWS that the court is working round the clock to restore light.