Why I Established Compass Newspaper –OGD 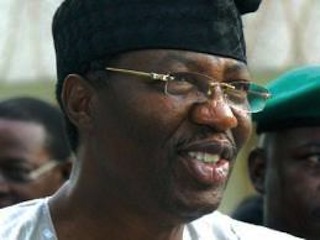 He said he established it as part of his contribution to the improvement of the welfare of journalists and love for the profession.

OGD, as he is also called, stated this while discussing with newsmen at his Asoludero Court in Sagamu over the weekend at a one day workshop organised by Political Academy for journalists in Ogun State.

Compass newspaper was founded by Daniel when he was the governor of Ogun State and since he left office in 2011, the newspaper has been facing a lot of problems which had made it appear less frequently on the newsstands across the country.

There were reports late last year that business mogul and publisher of Daily Newswatch, Jimoh Ibrahim, was proposing to buy the newspaper alongside its sister publication, The Westerner.

According to him, “I have not said anything since all these days about why I established Compass newspaper. Many people have been saying a lot of things but they can never know better than I do because, I was the one who knows the reason for establishing it. You will all agree with me that journalists are needed components in nation building, but in Nigeria, they are not well taken care of and you will see them looking tattered and unkempt.

“I sat down and thought of what to do and I concluded within me that I should establish a newspaper and make it a place where the pen men would be well taken care of and free to perform effectively and efficiently. But, alas! what did I see, it is the same journalists that I was fighting for that ruined the company. They destroyed the company and nearly made it go bankrupt. But I can promise you here today, that the company is coming back soon; back and better.”

He defended the owners of most media houses accused of not taking care of the welfare of their staff and not paying their salaries regularly.

“You people have to understand that someone that established a newspaper house does so to make profit. It is a business enterprise and all hands must be on deck by all and sundry for its survival. A situation whereby some people among the stakeholders are not performing as expected would be the beginning of the collapse of such a company, which was part of what contributed to the problems faced by Compass. It is you people, I mean, the journalists that killed the newspaper.

“You will all recall that when we started then, newspapers like The Nation, TheSun and even ThisDay were put on their toes, with the welfare packages we put in place. We bought 36 cars for all our correspondents across the country and they were all adequately taken care of. Even those at the head office were so happy with the welfare packages they enjoyed until you people finished everything,” he lamented.

Daniel gave an assurance that the company is being re-organised and restructured now to contribute its quota to the media industry in the country.