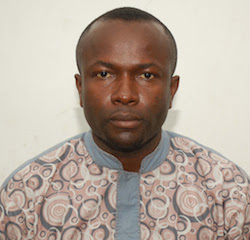 The shooting took place on Monday in front of his residence in Nyanya, Abuja, between 10p.m. and 11p.m.

Two men were said to have alighted from motorcycle when the victim was coming out from his car.

One of the assailants reportedly confronted him and shot him in the neck at close range.

The assailants reportedly sped off the scene when the gunshot attracted residents of the area.

Nothing was stolen from the victim.

Ewelike was taken to a nearby hospital by his neighbours and later transferred to the National Hospital, Abuja where medical doctors are currently preparing him for surgery.

He is said to be in a stable condition.

She said the Commissioner of Police, Mr Femi Ogunbayide, had directed full scale investigation into the shooting and had given order for the manhunt and arrest of the assailants.

It will be recalled that armed men had also visited Ewelike’s residence late last year.

They had forced themselves into the house and robbed him of his work tools including camera, laptop computer and other personal effects.