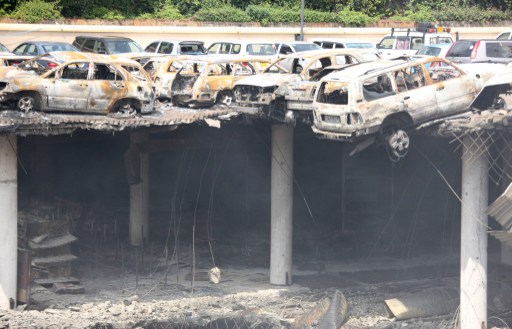 One of the telling effects of the terrorist attack: the parking lot at Westgate Mall, destroyed

The court heard testimony from a guard who was outside the upmarket mall when the gunmen launched their attack in September, killing at least 67 people.

The men are not accused of carrying out the attack, but of lending support to the gunmen.