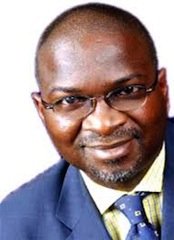 The Lagos State Government is to fight ocean surge with N12.5 billion this year. This is contained in the 2014 budget signed into law by Governor Babatunde Fashola on Monday.

The figure is meant to protect the ocean shorelines at the Kuramo and Alpha Beach from being eroded by impact of ocean surge, which has killed at least 15 people in the last two years  at Koramo Beach.

The Lagos State Government had begun the protection of the ocean shoreline in 2012 in order to protect the lives and properties along the state’s coastline from being washed away and with N12.5 billion earmarked for its protection, major works are expected to be carried out on the shorelines this year.

Also in the budget is the lots 2 of the Lagos-Badagry Expressway reconstruction, for which N18 billion has been earmarked.

Also this year, the state government will spend N250 million to sponsor pilgrims for this year’s pilgrimage to Saudi Arabia and Israel.

The government also budgeted N2.88 billion for the Eko Project implementation, meant to enhance development in public schools in Lagos.

The government is expected to give some grants in aid to secondary schools that are able to carry out developmental projects in their domains.

The government is also to spend N4 billion on road maintenance across the Lagos metropolis, while the Public Works Corporation will spend N266.048 billion to patch roads in the state.

The organization of this year’s Black Heritage and other festivals will cost N550 million, while the Ministry of Tourism and Inter-governmental Relations has been given a target of N50 million to rake into government’s coffer this year.

The sum of N1 billion has been budgeted for the rehabilitation/maintenance of street lights across Lagos.

The Lekki Free Trade Zone, LFTZ has a budget of N2.069 billion to be spent in developing the zone into a world commercial zone between Nigeria and the west.

The LFTZ is being developed by the China Civil Engineering Construction Company, CCECC, with an international airport being proposed for the zone.

The state government will be spending N4.1 billion as part of fund to enhance the Public-Private Partnership, PPP Office, just as N2 billion has been budgeted for security, emergency intervention.