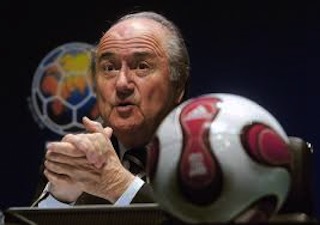 Blatter, who will be 78 in March, says he is “not yet tired enough to decide that I will retire”

Sepp Blatter has revealed he will decide whether to run for a fifth term as FIFA president before the World Cup, dropping his biggest hint yet he would stand again.

Blatter, who will be 78 in March, is understood to have a pact with UEFA president Michel Platini that neither of them will publicly declare their candidacy ahead of this summer’s tournament in Brazil.

But the Swiss, the most powerful man in world football for more than 15 years, came closer than ever on Thursday to revealing his plans, which he said would reach fruition before FIFA Congress in Sao Paulo on the eve of the World Cup.

“Let me repeat what I have been saying. I am not yet tired enough to decide that I will retire,” he told L’Equipe 21 TV.

“Having said that, everything is open. I will certainly take a stand before this year’s Congress.”

Blatter admitted Platini was the “logical” choice to succeed him eventually, despite though the once-close relationship between the two having become strained in recent years.

“He helped me become president in 1998 in Paris where it was us against the rest. It would be a logical continuation,” he said.

He then defeated Issa Hayatou of Cameroon, president of the African confederation (CAF), in 2002 before winning a third term five years later.