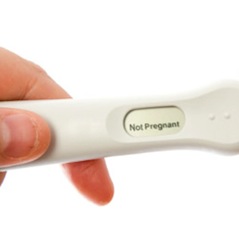 The rush to get babies from baby factories in the south-eastern part of the country has been linked to the growing dimension of infertility in the region.

Doctors who spoke to our reporter confirmed this in separate interviews. The doctors who work in different hospitals expressed worry that many couples are unable to make babies, hence some of them have gone on to patronise baby factories.

“The cases of infertility are rising these days. We also find that the male factor is also rising. Previously,  one-third of infertility used to be caused by the male factor. But now, I’m sure it has risen to 45 percent and may be up to 50 percent of the number of cases that are reported here,” he said, insinuating that even long-held beliefs about the reproductive condition have changed.

Okoro’s fears are corroborated by Dr. Felix Agu, who explained that the cases of infertility reported at the Federal Medical Centre, Umuahia where he runs a fertility clinic, rose by 7 percent between 2011 and 2012.

A gynaecologist and obstetrician, Odidika Umeora of the Federal Teaching Hospital, Abakaliki, explained that the rise of infertility is associated with the fact that Nigeria lies on Africa’s infertility belt, which stretches from Senegal through the Gambia to Ivory Coast.

At the University of Nigeria Teaching Hospital, Enugu, a senior nursing official told our reporter that the fertility clinic in the hospital is a beehive of activities for people who come with all manner of complaints relating to infertility.

She explained that as the biggest tertiary hospital in the region, UNTH, receives many patients on referral as well as patients from within.

Others who spoke on condition of anonymity in Imo State also claimed that cases of infertility reported in their hospitals and clinics are also high in the state.

Some of the doctors noted that the majority of those who are unaware that they can be medically assisted to become parents could patronise baby factories. They also blamed pressure from family and community on women as the reason why some couples go to fake orphanage homes to buy infants.

Lifesyle and attitudes are top of the reason the medical personnel cited for infertility. Heavy smoking, obesity, alcoholism, unsafe abortions, dangerous operations on vital reproductive organs are some of the reasons they listed for the infertility.

They noted that barrenness can also be of natural causes and advised people to shun habits that could lead to this challenge.

Dr. Odidika advised people to use condoms to avoid infections from infected partners.

“All venerable disease, like chlamydia in the woman, destroys the inside of the tubes. And once the tubes are not functioning as they should, you can’t get pregnant. Gonorrhea is also there. So, history of sexually transmitted infection is very important. And that is why, to prevent infertility we advise young girls to abstain from sex or if you can’t, use condom. The condom is not just for preventing you from getting pregnant, it can also protect you from getting all these infections. So, even if you are a lady who likes taking pills and injections, to prevent pregnancy we also encourage you to use condom to prevent infections,” he advised.

The south-eastern part of Nigeria has been in the news recently for the baby factories uncovered in the area by security agencies. Imo, Abia and Anambra have been particularly plagued by the menace.

Some of the babies reared in such homes have also been allegedly sold to ritualists and trans-border traffickers. But  infertile women top the number of those who patronise baby factories.