Nigeria Does Not Own The Patent To Scam 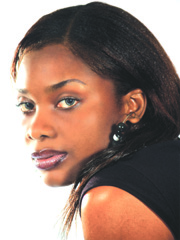 It has become quite obvious the “thing” to do when trying to describe corruption or the act of obtaining by false pretences is to refer to the now legendary “Nigerian Prince”. Even people who should know better have fallen for this patently unfair slandering of a nation by liberally sprinkling references to the Nigerian Prince in their discussions when trying to elaborate on matters pertaining to scam. This situation is very worrisome, and is largely due to the propagation of this exaggerated notion by the mainstream Western media.

In 2009, a very popular video game console manufacturer had the effrontery to directly refer to the “Nigerian Millionaire” in its commercial, casting a whole nation in a negative light. The most annoying aspect was the derogatory manner in which the actor said the “Nigerian millionaire”. Anyone who knows even a little bit about subliminal messages will understand that this sneer would not go unnoticed by viewers. This commercial for the Sony PS3 (PlayStation3) was projected to millions of dedicated fans of the game console through online and primetime television channels, further entrenching this impression in the minds of viewers.

This company removed the commercial after backlash from Nigerians and other right-minded individuals and organisations that saw this cheap shot for what it was; a negative stereotyping of a people. The Japanese company that owns the PlayStation has a lot of nerve to try and belittle a people in its commercial, considering the stereotype people from that part of the world have been subjected to, but which won’t be mentioned here because that is only a way to foster divisiveness. Someone might “apologise” for spreading falsehood and half-truths, but trying to eradicate the effect of the rumour would be like spreading feathers from a mountaintop and going below to gather all of them.

This mindless bashing of Nigerians in the media continues, even by people who supposedly should know better. Last year, Sen. Ted Cruz of the US also referred to “Nigerian email scammers” in a very distasteful statement while talking about problems with the Affordable Care Act Website. How is this even remotely funny? Statements like this, especially from visible people like the senator, encourage people to view Nigeria and Nigerians in a negative light. After all, if a senator should say so, then it must be true, right? Because, we all know that politicians present the facts all of the time.

To be factual, Nigeria does have some people who are actively engaged in different types of criminal enterprises related to scamming other people of their hard-earned money. The term “Yahoo boys” was coined specifically for them. Derived from the article of the Nigerian Criminal Code dealing with fraud, 419 has become synonymous with all types of scam. What every Nigerian should reject is any attempt to make Nigeria synonymous with scam. No country in the world can claim not to have fraudulent individuals. As a matter of fact, apart from Nigeria, China is also getting its own share of bad press in the Western media in the area of substandard and tainted products, and also for unethical manufacturing practices. Scammers in the very countries trying to disparage Nigeria are also doing their own thing, so why should Nigeria be singled out as a scapegoat for what is happening in every country?

Nigerians are very hardworking people and this is a verifiable fact. U.S. Census figures show that more than 17 per cent of Nigerian-American immigrants hold a master’s degree or higher. They are almost always one of the most educated immigrant communities wherever they find themselves. Amy Chua, the Yale professor who has been trending in the news recently because of her new book, The Triple Package: How Three Unlikely Traits Explain the Rise and Fall of Cultural Groups in America, mentions eight successful cultural groups in the US. She mentions Nigerian-Americans as one of the groups, an observation that hasn’t gone down very well with people whose mindset has been conditioned to think of Nigerians in a wholly negative light. It is actually quite funny to see the sort of excuses people are coming up with to explain the reason for the success of Nigerians. Some people say it is only the rich ones who can afford to come to America anyway, or that the success is borne out of cultural hardships.

Of course, some people brought up the ever-present scam, and someone said “[Nigerians] are disproportionately represented in the fields of counterfeiting and extraordinary financial malfeasance”. You don’t say. The truth still remains that so many Nigerians are highly motivated and successful. You almost never hear about the successful ones in the media; only the ones who are the bad apples in the barrel are discussed ad nauseam in the news. If not for negative news, you would hardly hear Nigeria mentioned in Western media. Unrest and bombings are reported with glee, while the positive stories do not see the light of day.

This bashing of the image of Nigeria has to stop. Balance the reporting and let the world know that for every negative story, you will find more than 100 positive ones. It’s getting tiresome, this sustained attack on the integrity of Nigerians by the Western media, this trying to define a whole by a negligible part.