View from abroad: Rivers crisis as bad omen for 2015 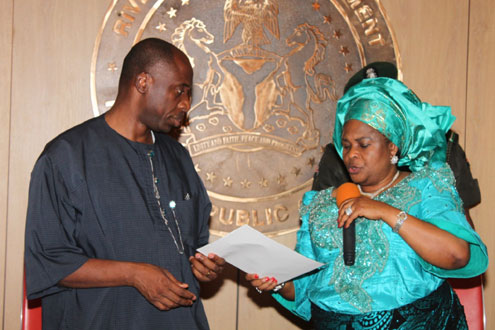 But rising tensions in the southern state of Rivers in the Niger Delta region are setting it up to be a key battleground as general elections approach next year.

Where once it was the feared, heavily armed vigilantes patrolling the creeks who dominated headlines, now a stand-off between the state governor and the country’s president is grabbing attention.

At the heart of the spat between Rotimi Amaechi and Goodluck Jonathan are claims Rivers has lost out on revenue from a disputed oil well as well as federal development and infrastructure schemes.

“There are some things that the federal government is doing that are not in the interest of the people of Rivers state,” said Amaechi’s spokesman, David Iyofor.

“These include the federal government ceding the Soku oil well, belonging to Rivers State, to Bayelsa (Jonathan’s neighbouring home state),” he told AFP.

“The lack of federal presence in the state and failure to refund the state the 105 billion naira ($658 million, 482 million euros) it spent on federal roads in the state is another major nagging issue.”

The plain-speaking Amaechi, who is vaunting his own progress on driving up living standards, health and education in the state, has claimed Rivers has “nothing to show” for Jonathan’s time in power.

But he is also a key figure in a national-level dispute that has plunged Jonathan’s ruling Peoples Democratic Party (PDP) into crisis and seen it lose its parliamentary majority.

Amaechi, 48, was one of five influential state governors to quit the PDP for the main opposition in November last year, prompting 37 lawmakers in the lower chamber National Assembly to follow suit.

They accuse Jonathan of ignoring an unwritten party rule to rotate the presidency between the largely Muslim north and the mainly Christian south and reneging on a claim only to serve one term.

But Amaechi’s gripe also centres around the Soku oil well and the re-allocation of its three-billion-naira monthly revenue to Jonathan’s home state.


Nigeria, Africa’s biggest oil producer, pumped out about two million barrels of crude oil per day in 2013, according to the Organisation of the Petroleum Exporting Countries (OPEC).

Revenue is shared between states, although Amaechi has been vocal in claiming that tens of billions of dollars have been siphoned off by the federal government.

Jonathan has said little if anything on the Rivers situation but his wife, Patience, who hails from the state, has been accused of publicly criticising Amaechi over a state programme she disliked.

The National Assembly is currently overseeing the divided state legislature, where last May a brawl broke out after five local lawmakers tried to impeach the house’s pro-Amaechi speaker.

Last weekend, the police admitted firing teargas cannisters to disperse a crowd at a pro-Amaechi rally, during which a staunch ally of the governor was allegedly shot and injured.

Police denied the claim and there were conflicting reports of the extent of the injuries sustained by the supporter, a senator.

“This irrationality in Rivers state has gone too far and it is not in tandem with the rule of law,” said human rights lawyer Jiti Ogunye.

“It appears that Jonathan has gone for broke. We are not going to have a peaceful transfer of power in 2015 the way we are going. They are endangering civil rule and it is dangerous and unfortunate.”

State police boss Joseph Mbu has been caught up in the middle of the political infighting and faced calls to quit, with some suggesting he is loyal to the presidency.

He denied that officers fired live bullets at Sunday’s crowd and maintained that teargas was used only because organisers did not have an official permit to demonstrate.

“What’s happening… is an aberration, an abnormality founded on irrationality and the display of impunity on a large scale,” said Eze Onyekpere, director of the Centre for Social Justice in Abuja.

“It is a negation of the rule of law and enthronement of impunity. This portends a very bad omen for 2015 elections. People are being shot, harassed and teargassed. This is frightening.”