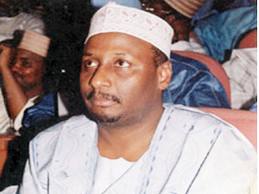 Alhaji Adamu Mu’azu, former governor of Bauchi State has been chosen as the new Chairman of the Peoples Democratic Party by President Goodluck Jonathan and governors.

Mu’azu was picked as a consensus candidate at a meeting between President Goodluck Jonathan and the governors of the party at the Presidential Villa in Abuja on Sunday night.

The meeting ended at 1:22 am on Monday (today) morning.

Mu’azu was last week sworn in as the chairman of the National Pensions Commission by Jonathan.

Others are Vice-President Namadi Sambo and the President of the Senate, David Mark, alongside the party’s Deputy National Chairman, Uche Secondus.