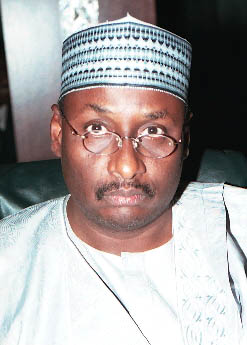 The new National Chairman of the Peoples Democratic Party (PDP), Alhaji Adamu Mu`azu, said that a reconciliatory committee would be constituted to meet with aggrieved members of the party.

Mu’azu announced this when Gov. Sule Lamido of Jigawa, paid him a courtesy call in Abuja on Wednesday.

He said the committee would ensure the return of all aggrieved members of the party, who defected to the opposition, All Progressives Congress.

The National chairman urged the five PDP governors who defected to the opposition to have a rethink and return to the party`s fold, adding that PDP made them what they were today.

“Those of them that have gone, I wish to appeal to you to please come back home.

“I appeal to you to have a sense of patriotism for your party. The party that has offered you a lot, reflect, think and come back our doors are open.

“PDP made most of the people and we expect that whatever be the case, we should remain within and correct the needful for us to move forward,’’ he said.

The PDP national chairman assured the defected governors and other aggrieved members of the party that the party would look at everything that had happened.

He maintained that such things that had led to the party reducing in number and in size would be looked into with a view to addressing them.

“Whatever injustice that had been done, we are going to correct it, we will be bold enough to say sorry to those that had been offended,’’ Mu`azu assured.

He added that he would make due consultation with major stakeholders of the party before constituting the high level reconciliation committee.

Mu’azu appealed to Lamido to be part of the committee, which he said, would be constituted soon to go round the country to visit aggrieved members of the party.

Earlier, Lamido said the visit was to congratulate the new party chairman and pledge the support of Jigawa people to him.

Lamido maintained that the PDP was the only hope for the country, adding that this underscores why the party must also do things right.

Other parties, according to him, are inventions of anger and pains and could not support or lead the country.

He decried the crisis that erupted in the party in the last six months under the chairmanship of Alhaji Bamanga Tukur, who resigned his position on Jan. 16.

He maintained that though some of the party’s stakeholders complained on noticing the ways things were going within the party and nothing was done.

The governor said that as the ruling party, the PDP had a lot to for the people and the black race, in general.

This, he said, was so because Nigeria is the leader of the black race.

He added that it was unfortunate that with the country`s endowment, the people could not live well.

Lamido maintained that if the problem within the PDP was not properly addressed, it would affect the entire country and the black race by extension.

“We are here to pledge our support to you, but we are doing things with our eyes wide open.

“We cannot be bought by anybody, we are here to say congratulation and at the same time tell you that your task is very difficult,’’ he said.

Lamido said that it was unfortunate that a lot of things went wrong within the PDP under Tukur’s chairmanship.

This, he said, among other things, included; the sacking of some party chieftains and the removal of party structures from state governors without due process.

The worse was the defection of five governors of the party to the opposition; while the party leadership insisted that it was not a thing to be worried about.

“You must get your brothers back. It will be very difficult because of ego and pride of the governors because they feel they had been used, insulted, humiliated and abandoned by their own party.’’

He expressed the hope that as a former governor, the new PDP national chairman could bring back the defected governors because they would believe in him as one of them.

Lamido advised the new PDP chairman to put the success of the party, the country and the well being of the people first.

He, however, maintained that he would not leave the PDP no matter the situation, adding that the party meant a lot to him.