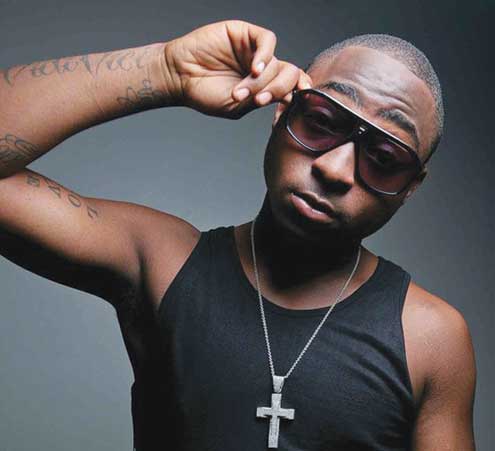 In a list released early Friday, the young star’s soar away hit song, ‘Skelewu’, was enlisted on the station’s playlist for last week of January (27 to 31 January).

Davido’ ‘Skelewu’ made it to the B list consisting of other 14 international hits such as Jennifer Hudson’s ‘I Can’t Describe The Way I Feel’; Sevyn Streeter Ft. Chris Brown’s ‘It Won’t Stop’; Stylo G’s ‘Move Back’ and Rick Ross ft. Jay Z’ ‘The Devil is A Liar’ among others.

On the station’s A List which has Beyonce Ft. Jay Z’s ‘Drunk In Love’ leading the loop are British-Nigerian’s Tinnie Tempah’s ‘Lover Not A Fighter’ and Ghana’s Fuse ODG’s ‘Million Pound Girl’.

Davido, who is at present in South Africa and performing at Hush Club in Johannesburg, came to limelight in 2012.

He has consistently released hit song after hit songs which have received rave reviews in Nigeria and abroad.

This year, he won The Headies’ Next Rated award.

P.M.NEWS learnt the Davido will be touring Canada, United States and Australia in March.