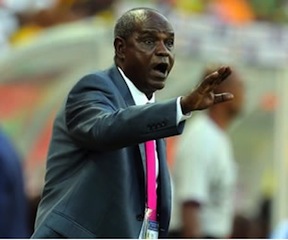 The 62-year-old enjoyed a successful stint with Walya Antelopes over the past two years, leading the side to 2013 Africa Nations Cup tournament in South Africa and 2014 Africa Nations Championships (CHAN).

Reliable sources in Addis Ababa revealed to Goal.com that the former high school teacher was shown the door during a press conference after a dismal performance at the just concluded CHAN tournament.

Bishaw served on this role for two years and achieved a historic success in the team’s reappearance for the African Cup of Nations after 31 years of absence.

But on the recent 2014 African Nations Championship (CHAN) in South Africa, the team was defeated by Libya, Congo Democratic Republic and Ghana without scoring a goal.

Bishaw was appointed on a full-time basis by the Ethiopian FA in November 2011, replacing Tom Saintfiet after the Belgian’s short and unsuccessful tenure in charge of the East African nation.

Ethiopian FA have revealed that they will announce Bishaw’s successor within the next two months.