Kalu Ikeagwu, Nse Ikpe-Etim, Others Shine In The Green Eyed 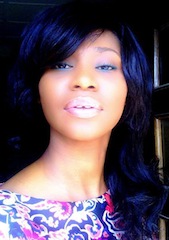 It was a January to remember as Nollywood’s finest actors, Kalu Ikeagwu and Nse Ikpe-Etim paid a two-week working visit to the city of Port Harcourt, Rivers State.

The duo were joined by fast rising acts Blossom Chukwujekwu and Tamara Eteimo. The actors stormed the city of Port Harcourt to shoot a new movie tentatively titled: The Green Eyed.

Endy Abanonkhua, making her acting debut in the film was also debuting as a producer. He had assembled this stellar class of actors for the family-centred tale of betrayal and the power of enduring love.

Apart from Kalu and Nse who gave stellar performances, not to be left out of the party are new and in demand faces; Blossom and Tamara. They proved that the next generation of Nollywood is indeed ready to take over.

The movie is set for a second quarter release at cinemas in Lagos, Abuja, Port Harcourt and London.