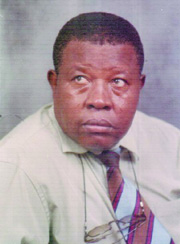 Somehow, it is interesting and fascinating, to say the least, that each time the conservative fraction of the political North chooses to provoke or irritate other Nigerians, they find a ready attack dog in Prof. Ango Abdullahi, a former vice-chancellor of a federal university. And he plays this role of agent provocateur so very well that his sponsors, Northern Elders Forum, NEF, have had to renew the retainership each time it expires. And part of the brief is to keep parading the North as if it is monolithic and still speaks with one coherent voice. That is perhaps why some are beginning to think that the former VC lives permanently in the past. The old regions are since gone, and new realities came with the old colonial provinces that now constitute Nigeria’s 36 states. Abdullahi’s newest brief from his clients became known at the end of a recent meeting in Kaduna by NEF – a body that still thinks that Nigeria is theirs to dominate and exploit. Obviously, Abdullahi was briefed to put Nigerians on notice that it has plans to drag the former Chief of Army Staff, General Azubuike Ihejirika, to the International Criminal Court, ICC, at The Hague for alleged acts of extra-judicial killings committed by soldiers fighting a branch of an international terror gang in Nigeria’s North-east region.

It may be proper to remind Abdullahi and those whose worldview he represents or propagates that Ihejirika had the orders of Defence Headquarters, and those of the Commander-in-Chiief of Nigeria’s Armed Forces, to obey as a disciplined soldier, and at The Hague, when we eventually get there, some visible groups in the South-east and South-south that are waiting eagerly for the Abdullahi threat to be carried out. They will get good and quality lawyers, among whom would be Tony Mogboh (SAN), to go there and prove that Ihejirika did not order nor supervise any extra-judicial killings, but merely obeyed legitimate orders from DHQ as handed down from the C-in-C in a coordinated battle against brutal insurgency that has been terrorising our citizens for years. The legitimate order from Nigeria’s highest military establishment is to dislodge and destroy the terrorists and their bases. The two groups, I am reliably told, will then raise these issues: On whose command or orders was the Supreme Commander of Nigeria’s Armed Forces, Major General J.T.U. Aguiyi-Ironsi, and his host, Lt. Colonel Francis Adekunle Fajuiyi abducted in the early hours of 29 July, 1966 in Ibadan, humiliated, tortured and brutally murdered by northern troops led by the then Captain T.Y. Danjuma? They will ask ICC to please listen and investigate the pogrom inflicted on Easterner Nigerians soon after the Ibadan abductions and what followed after the two army chiefs had been mercilessly liquidated. Mind you, time does not wipe out crime. Israel is still seeking out and hunting down any person that had hand in the mass killings of six million Jews. The court at The Hague would then get to the tragic circumstances that led the emergence of the then Lt. Colonel Yakubu Gowon on 1 August 1966 and why he had to announce to a bewildered and shocked nation that: “. . . . After the events of the past few days, it is now clear that the basis for Nigerian unity does not exist.” Let us get to the bottom of Nigeria’s problems. Like I said, time does not wipe out crime.

Let’s move to The Hague. There, I am sure, Abdullahi and those who always send him would be reminded that prior to the Ibadan abductions and the brutal murder of Ironsi and (the brave and courageous soldier who refused that his guest, Ironsi, should be taken away by riotous soldiers and be killed), there were extra-judicial killings in 1966/67 of civilians of Eastern origin in the North and Lagos by northern troops. These were citizens who had nothing whatsoever to do with politics. They were pursued out of their offices, shops and homes and criminally murdered by whom? Ango Abdullahi will get to know when we arrive at The Hague. The then Captain T.Y. Danjuma and Lt. Sani Bello (now, big time businessmen and owners of flourishing oil blocs) should be tried for mass murder, pogrom, genocide and crimes against humanity. And it would be unfair if Gowon is not also put in the dock for trial, and for late General Murtala Muhammed to be tried posthumously for all the killings of non-combatants in Asaba by troops under his command and under his close supervision. The systematic and well coordinated killings in the North of easterners started in the early hours of 29 May 1966. The Supreme Military Council presided over by the then Head of State and Supreme Commander, General Ironsi, met some days later, and matters were papered over after Major Hassan Katsina, then Military Governor of Northern Region, had assured his colleagues and Nigerians that matters had been resolved. Those who fled their stations, particularly civil servants and technocrats, were advised to go back to their stations. The administration in Enugu led by Lt. Colonel Chukwuemeka Odumegwu-Ojukwu added its voice urging fleeing workers to go back. But unknown to Gen. Ironsi, his intelligence services had been thoroughly infiltrated and incapacitated from within, and greater massacres of Easterners and those who looked like them, kicked off soon after northern elements in the military received signals that Ironsi and Fajuyi had been killed. At The Hague, the point would be made that fighting international terrorism is quite different from systematic and organised massacre of colleagues in barracks and ordinary civilians in their offices, shops and homes. Ango Abdullahi should, please, be encouraged to proceed to The Hague and the groups from the South-east and South-south would gladly meet him and his gang there. It will be interesting.

Obviously, there is a disgusting twist to this emerging drama. Nigeria’s military personnel, who daily put their lives on the line to save Nigeria from itself, will justifiably feel bad by the threat of NEF to drag their former boss to the ICC at The Hague. At a time the Nigerian military deserve the support and sympathy of the immediate constituency where the insurgency has become havoc, and indeed from all well-meaning Nigerians, Ango Abdullahi and those he represents are busy discouraging and distracting them from a tedious task with allegations of extra-judicial killings by soldiers at Bama, Borno State. Yet, these elders have never ever, to my knowledge, condemned the incredible atrocities of the Boko Haram sect who slaughter sleeping school children in their dormitories, who invaded churches and hack to death innocent worshippers, etc. But, believe me, nowhere is the hypocrisy and total lack of any sense of history by Ango Abdullahi and his NEF better captured than in the Editorial Opinion of The Punch newspaper of 27 January 2014, on page 26. The paper said: “If these same leaders had taken steps to stop the unnecessary killings of innocent persons that had taken place in the North in the past 30 years, maybe Boko Haram would not have been able to fester today. When Gideon Akaluka was killed and his head spiked and paraded round Kano, how many people were arrested, prosecuted or jailed? When a female teacher in Gombe, Oluwatoyin Oluwasesin, was lynched in broad daylight by her own students, what did NEF do to bring the murderers to book? When crazed bands of fanatics rampaged through Kano, Kaduna, Kafanchan, Zaria, Katsina and Bauchi at various times from 1986 and beyond, slaughtering hundreds, where were these elders? These are the foundations laid yesterday for the Boko Haram of today.” What more needs to be added? Let us head to The Hague! Perhaps, that is where Nigeria would be re-negotiated, and about time too.