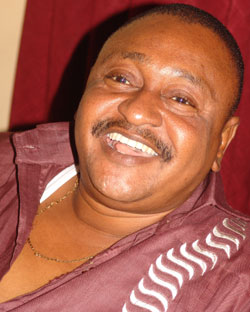 Leading members of the Association of Nigeria Theatre Arts Practitioners, ANTP, have pulled out to form a parallel association.

P.M.NEWS learnt that the new breakaway association, Theatre Arts and Movie Practitioners Association of Nigeria, TAMPAN, piloted by Adebayo ‘Oga Bello’ Salami and Prince Jide Kosoko, two former presidents of ANTP, and Dele Odule, who had a running battle with Comrade Victor Ashaolu over the leadership of the association, was formed on Sunday, 9 February after a marathon meeting at the Ikorodu, Lagos home of Oga Bello.

It was gathered that the emergence of TAMPAN followed the 30 January ruling by Justice Bolaji Yusuf of Oyo State High Court 3 sitting in Ibadan, upholding the September 2010 election of Asaolu as the national president of ANTP.

When P.M.NEWS contacted Oga Bello Tuesday morning on the formation of the new group, the veteran thespian confirmed the development but declined to comment further as he said he was inside the Presidential Villa, Aso Rock, Abuja for a programme with President Goodluck Jonathan.

He promised to speak later on the issue.

A source at the Ikorodu meeting said the landmark gathering had numerous young and old actors and actresses in attendance.

They were all upbeat as the new association seems to have the full support of major stakeholders in the Yoruba movie sector, including major marketers and distributors in Idumota, Lagos.

It was gathered that the meeting was coordinated by Oga Bello and Kosoko, who went ahead to set up a National Working Committee charged with the task registering the newly formed association with the Corporate Affairs Commission.

A State Working Committee was aslo set up to steer the affairs of the new association in some southwest states.

They will all work with Oga Bello (Salami), Jide Kosoko, Yinka Quadri, Lanre Hassan and Adewale Rasaq as advisers.

ANTP has been enmeshed in crises since 2010 when Asaolu was declared president of ANTP.

And with the court judgment, Asaolu said at the court premises that the leadership crisis rocking the ANTP was over, just as he expressed his readiness to work with the aggrieved members.

But since the ruling, different bodies have sprung up from the Yoruba movie sector.  A fortnight ago, a group of young actors and actresses formed a new group called The Movie Ambassadors.

Explaining the reason for the setting up of The Movie Ambassadors, Yomi Fabiyi, the new group’s Interim Publicity Secretary, said the young actors are coming together to set a paradigm shift and move the industry forward from its present acrimonious state.

“The youths are the only ones that can save the movie industry from the claws of perpetual poverty and servitude. Look at what is happening to us, everyone seizes  any  advantage to ridicule us. Some blatantly spit into the pot they feed from… Our dignity as film makers keeps deteriorating as they use various adjectives and derogatory remarks to describe us because they know our poor standard of living,” Fabiyi stated.

He added: “We can regain our lost glory, respect and begin to earn big from appropriate sources if we have a professional structure not just an association, if we have one voice not just faces. And the time is now; movie must pay.”