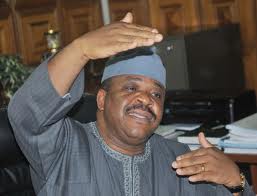 Nigerias’ Minister of Works, Mr Mike Onolememen, on Monday said that the Federal Government had no intention to re-concession the Lagos-Ibadan expressway project.

Onolememen said while on inspection of the two sections of the project that government had resolved to deliver the road in 48 months.

He said that the N167 billion projects, which included rehabilitation, reconstruction and expansion, were awarded to two contractors.

“The project cost N167 billion and a completion benchmark of 48 months.

“There has not been any revision; in fact, it has been alleged that the Federal Ministry of Works was considering a new concession this project.” He said there would be no “concession to anybody”.

“The Federal Government has taken a decision to ensure that this road is constructed because we took it away from the first contractor and we are determined to deliver it.

“The government is just taking advantage of the novel funding mechanism used in developing countries to drive capital intensive projects to completion. It is a novel funding of the private finance institution which is the new way of funding as part of the paradigm shift, not just in financing but also in project management to enhance Nigeria’s roads.’’

Onolememen said that was the reason for the use of polymer asphalt, the most modern form of bitumen, making its debut to the Nigerian construction industry.

The minister expressed satisfaction at the level of work on the road as against speculation that the Federal Government lacked funds to execute the project.

He said that it was evident that work was being carried out on the site by the two firms with over 14 per cent of work already achieved on the 126-kilometre road.