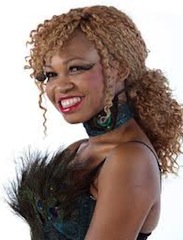 Barely one year after the demise of singer and BBA housemate, Goldie Harvey, her Kennis Music label mate, Jaywon has shot a memorial music video for her.

Goldie died on St. Valentine’s Day, 14 February, 2013 shortly after her return from the Grammy Awards in the United States of America.

P.M.NEWS Entertainment Cafe learnt that the music video has been completed and billed for release today, St. Valentine’s Day, 14 February, 2014, the day she departed last year.

According to Jaywon, “I miss everything about her. She was the only one I could confide in. She was my friend, big sister and had a very good heart”.

“Ever since she passed on, I haven’t found anyone to confide in. I don’t know if I will ever find any,” he lamented.