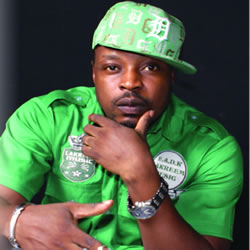 Nigerian hip-hop star, Eedris Abdulkareem, said he has invested millions of naira he earned from music in a large-scale agro-business in Kano, North-west, Nigeria.

The music star disclosed that he now spends most of his free time managing his farmland where he cultivates maize and other crops for export, and the business has been high yielding for him.

“I am a farmer now. Since 2001, I have been fully engaged in agricultural activities and have investment in metals. I have vast land where I cultivate maize and other fruits for export in Kano,” Eedris told P.M.NEWS.

According to the musician, he spends more time in the North where his farm is based, as well as abroad where he gets his crops sold to those who need them.

“I have not really revealed this aspect of my life so as not to be distracted. People only see you as a musician and believe that is all you live on. They think my entire life revolves around music. They do not believe one could have other ideas that are sustainable. I am a Northerner. I grew up among people who encouraged me to invest money that I had made through music. They believe things may not always remain the same and I heeded their advice. That is why I invested in hectares of land in the North for the agro-business,” he added.

Eedris also revealed that he will soon be launching a new project, which he calls “I Am A Nigerian Project”.

He said apart from being an artiste, he is also a social crusader bent on seeing a new Nigeria where everyone will live in peace and abundance.

He said the “I Am A Nigerian Project” has commenced with the release of Godfather Godson, a single contained in an upcoming 16-track album that will be released later this year on La Cream Music label.

“As a keen observer of the Nigerian politics, this single is a satire not just to entertain but to make Nigerians see beyond the present political turf,” Eedris said.