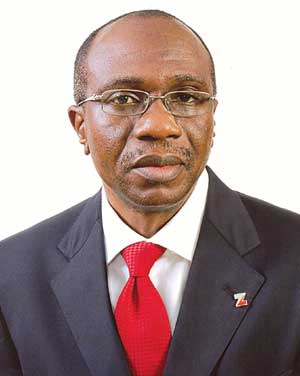 Few hours after he suspended Malam Sanusi Lamido Sanusi as the governor of Nigeria’s Central Bank, President Goodluck Jonathan on Thursday nominated Godwin Emefiele, the managing director of Zenith Bank, as the replacement.

The President had suspended Sanusi Lamido on Thursday and named Sarah Alade as the acting governor.

After his confirmation, Emefiele will take over as the substantive CBN Governor in place of the suspended Governor whose tenure lapses in June 2014.

The president also nominated Adelabu Adebayo as the deputy governor of the bank. Adebayo, executive director at First Bank will succeed Tunde Lemo who retired last year as Deputy Governor of the regulatory department in the Bank.

Emefiele had a BSc and MBA from the University of Nigeria, Nsukka and later attended the Harvard Business School.