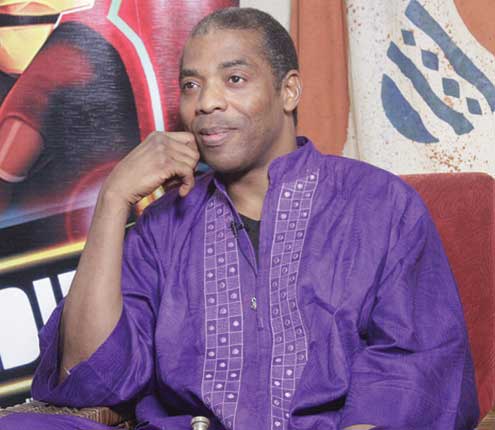 Femi Kuti, son of the late Afrobeat legend, Fela Anikulapo-Kuti, has said that the family would not accept any centenary award in his honour.

Femi made the statement through a Twitter correspondence with P.M.NEWS earlier Tuesday. While stating that the family has not been officially informed about any centenary award for Fela, he noted that the Federal Government should first apologise for killing his grandmother, Funmilayo Ransome-Kuti, and burning of Kalakuta Republic.

“We have not heard such but I can speak for myself, FG should first apologise for the killing of our grandmother and the burning of Kalakuta,” he wrote.

“Like I said we have not heard anything from the Federal Government. But I doubt if the family will accept the award.”

For more than two decades Fela sang and protested against anti-people policies of the government. Starting from the 70s, Fela, was a torn in the flesh of military and civilian administrations in Nigeria.

Fela is to be awarded alongside 99 others as part of the centenary celebration according to a statement released by the Presidential Committee on Nigeria’s Centenary Celebrations.

The award ceremony is scheduled to hold at the Banquet Hall, State House, Abuja, on 28 February.

At the ceremony, President Jonathan would be presenting awards in 13 categories to 100 distinguished personalities, either alive or dead, who eminently symbolise the tapestry of Nigeria’s first centenary.

Some of the categories include, contributors to the making of Nigeria, heroes of the struggle for Nigeria’s independence/pioneer political leaders, pioneers in professional callings/careers, promoters of democratic transition in Nigeria, internationally acclaimed artists, literary icons, journalists, and so on.