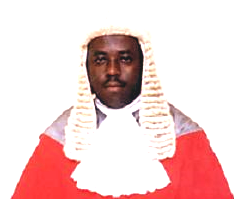 Justice Joseph Olubunmi Oyewole of the Lagos High Court was among the 25 new judges whose appointment to the Appeal Court was approved by President Goodluck Jonathan today, bringing the number of justices of the court to 90.

Oyewole, a fearless judge, was appointed from Osun state. His appointment was expected several years ago, but was stalled by politics of the state of origin.

A statement issued in Abuja on Monday and signed by Mr Soji Oye, the ‎Acting Director of Information of the National Judicial Council (NJC) said the appointments followed the NJC’s recommendation to the president under the leadership of Justice Mariam Mukhtar, the Chief Justice of Nigeria (CJN).

According to the statement, the appointments are in line with the new Court of Appeal (Amendment) Act which increased the number of justices of the court from 70 to 90.

It also said that the vacancies were occasioned by the demise and retirement of some justices, and the elevation of some justices of the Appeal Court to the Supreme Court.

“The justices will be sworn-in by the CJN on March 24, at 12 noon in the Supreme Court of Nigeria,’’ the statement read.