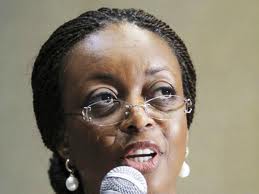 Nigerians may witness another massive protest following plans by the government to remove subsidies on petrol and kerosene.

The Minister of Petroleum Resources, Mrs. Diezani Alison-Madueke, gave a hint of government thinking on the removal of the subsidies Tuesday at the ongoing Nigerian Oil and Gas Conference in Abuja.

Arguing for the removal of the subsidies, Alison-Madueke said subsidies being paid to the marketers by the government on imported petrol and kerosene were no longer sustainable.

The oil minister explained that the reform being implemented in the power sector should be taken to the downstream oil sector, stressing that the negative impact of continued regulation of the sector outweighed the positive impact.

“Without belabouring the point, we are all aware that the government has to deregulate the downstream sector. Continuing regulation, we all are aware, has negative effects. It is basically unsustainable, it discourages investment, and principally, it benefits the rich, not the masses in the society that we intend to reach in the first place,” the minister stated.

This move by the federal government will certainly pitch it against organised labour and the masses thereby re-enacting the January 2012 massive protests against the deregulation of the downstream sector of the petroleum industry.

The Nigeria Labour Congress (NLC) has already kicked against the planned move and warned that it would resist it.