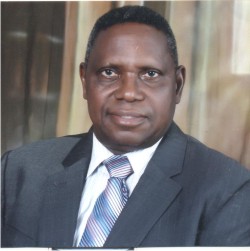 Iornem was arraigned before Justice Ahmed Mohammed on a 14-count criminal charge bothering on extortion and money laundering.

Joined as first and second accused in the suit were the two universities: Island Open University and Commonwealth University of Belize.

Iornem was said to have conspired with one Bruce Duncan and others at large to commit the said crime.

They were alleged to have published advertisements in which they offered fraudulent admissions to some Nigerians.

The first accused was said to have acted as Consultant and Academic Adviser to the institutions.

The prosecutor said the universities were not accredited or authorised to operate in Belize.

“Iornem attempted to dupe the former Vice Chancellor of the University of Ilorin, Prof. Ishaq Oloyede, of $11,550 for the award of a doctorate degree in 2012.’’

He was also accused of fraudulently obtaining $5,000 from one Albert Oluwatoyin on the pretext that he had been offered university admission to pursue a doctoral degree in philosophy.

He was said to have also collected $6,800 from one Chief Victor Effiom for the same purpose.

The accused was said to have converted N34million proceeds of the illegal universities to acquire a building at Jikwoyi in Abuja in 2012.

Iornem also allegedly transferred $307, 000 derived from racketeering in the award of honorary degrees of Commonwealth University to acquire a 2-bedroom flat at No. 9, Offord Close in London.

Shogunle said the offences contravened the provisions of Section 15 (i) (a) (ii) of the Money Laundering Prohibition Act 2011.

The News Agency of Nigeria (NAN) recalls that Iornem was arraigned in 2013 by the ICPC which later withdrew and amended the charges.

The accused, however, pleaded not guilty to all the charges.

Justice Mohammed granted him bail in the sum of N100,000 and one surety in like sum.

He said the surety must be a civil servant not below Grade Level 08 and must swear to an affidavit of means.

He adjourned the case to May 14 for trial.