Who cares if Nigeria is Africa’s biggest economy? 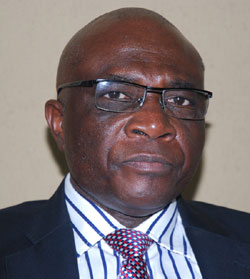 Nigeria will any moment from now announce itself on the world stage as Africa’s biggest economy, eclipsing South Africa, which has claimed the diadem for decades.

Nigeria’s claim for Africa’s economic leadership is not because we have re-invented the wheel of industrialization or increase phenomenally the output of whatever we produce. It is anchored on a fiddling with the calculus of the country’s GDP, by changing the base year from 1990 to 2010. The National Bureau of statistics estimates that the rebasing will increase by 40-70 percent Nigeria’s GDP, estimated in 2012 by the World Bank at $262.6 billion. South Africa’s GDP was estimated by the same bank at $384billion and Egypt’s $257.3 billion. With an average 55 per cent increase, Nigeria’s GDP will surely soar ahead of South Africa’s.

Since this idea of rebasing was mooted, I kept wondering for what purpose? What point do we want to prove about our ‘giant’ economy when just a few days ago, we were reminded by the World Bank that our country is one of the extremely poor nations of the world, in the same league with extremely populous, but industrialized nations of India, China and Singapore.

The only motive I can find is what I suspect to be a national obsession to play the African big man, when in reality we are just ordinary, nothing special.

At independence, Nigeria regaled itself with the self-given title of ‘Giant of Africa’, along with the slogan of ‘one in four Africans is a Nigerian”.

Then we watched as our nation began the terrible descent into decadence: what with mindless corruption and looting by the civil service/political and military elite, infrastructure development lagging seriously behind population growth and modernization, schools and hospitals failing, the promise of industrialization collapsing, government incapable of protecting citizens from banditry, kidnapping and insurgency and the verdict internally and abroad: that our nation has become a failed state.

How we came to earn the title of ‘Giant of Africa’, despite these obvious failings remains inexplicable to me. It must in my view be that the leadership as a collective suffers from a psychotic disorder: what psychologists call ‘the delusion of grandeur’.

Dr. John M. Groyol, a psychologist describes the state “ as the fixed, false belief that one possesses superior qualities such as genius, fame, omnipotence, or wealth”. Delusion of grandeur is also symptomatic of schizophrenia.

It is this delusion about what we are not that has informed most of the anomic policies we find at play at all levels of government.

Let’s start with the system of government that Obasanjo forced on Nigeria in 1979. From a cheaper, more accountable parliamentary system, with which we kicked off at independence, the Obasanjo government bequeathed America-style presidentialism, which we have found to be extremely expensive to run and to also encourage corruption. As a ‘giant’ of Africa, we accommodate our president in a sprawling palace in Abuja, bigger than Buckingham Palace; White House or 10 Downing Street; our president goes around with the biggest convoy in Africa and the biggest jet fleet; our parliamentarians earn the biggest salaries and allowances in the world and our governors are treated like royalty, with a number of them now competing with one another to buy the biggest private jets and armored cars. The government spends a disproportionate amount of national resources on itself forgetting that it is merely a caretaker and that it’s primary responsibility is to implement policies to mitigate poverty, create jobs, protect the citizens, educate them and generally take care of their welfare.

The recent report by the World Bank classifying Nigeria among the ‘extremely poor nations’ ought to bring us back to earth from the pursuit of delusional grandeur. We fall into the bracket of extreme poverty because in the words of Kim Jon Yong, the World bank President, we harbor millions of “people living on less than $1.25 a day”. This is nothing really new about our country as all recent human development indexes published have always grouped us among the most retarded nations of the world.

And so we ask again: of what purpose is rebasing?
Rebasing that does not address the intolerable poverty level in our country is just a mere statistical thrash, similar to how IMF/World Bank economists justify economic growth with dubious ‘growth statistics ’, even when the quality of living is deteriorating and unemployment is averaging 50 per cent.

Moreover, of what use is a rebasing that puts us ahead of South Africa, when our economy lacks all the major ingredients that makes South Africa, Africa’s most developed economy.

In 2012, South Africa’s GDP of $380.9 billion was made up of 31.6 per cent contributions by industry, 65.9 per cent by services and 2.5 per cent by agriculture. It is ranked as an upper middle-income economy and exports, apart from its famous minerals, machinery and equipment to the rest of the world including Nigeria. Besides, South Africa produces over 40,000 megawatts of electricity, and has road infrastructure that compares favorably with western nations.

Nigeria’s GDP in contrast is based on 40 per cent contribution by agriculture, 15 per cent by manufacturing, 14 per cent by crude oil and 13 per cent by services. Our agricultural exports are mainly raw cash crops. We export oil without refining it or adding any value. And indeed we are the only nation in the world that produces crude and irresponsibly imports refined products.

Rebasing, will surely not change the underpinnings of Nigeria’s economy overnight, nor will it make it possible for Nigeria to overtake South Africa in terms of basic infrastructure – power and roads –, machinery production, local technology .

And I wonder, who needs it anyway!

.Onanuga is the Editor-in-chief of TheNEWS magazine and P.M.NEWS