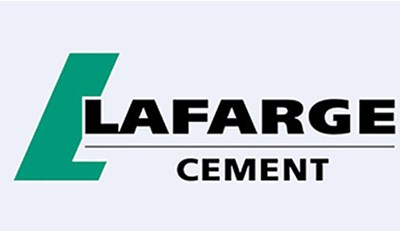 Swiss cement group Holcim and French rival Lafarge are to merge creating a dominant supplier of cement for concrete to the global construction industry.

The deal, described in a statement on Monday as “a merger of equals”, and a major event in the global construction industry, will be based on the offer of one Holcim share for one Lafarge share.

The two groups made a commitment to sell assets to pre-empt anti-trust objections from competition authorities.

On the Swiss stock market, the price of Holcim shares jumped 5.24 percent to 84.40 Swiss francs in initial trading and in Paris, Lafarge shares were up 4.57 percent to 67.02 euros. Their stocks had already reacted to rumours of merger talks on Friday.

The new company will be called LafargeHolcim and “will have a unique position in 90 countries and will be evenly balanced between developing countries and countries with strong growth,” the firms said in a join statement.

Figures in the statement show that the new giant will employ 136,000 people across the countries where it operates.

It will be in a powerful position as a supplier of a basic input for all types of building construction, a sector in which new technologies are being used increasingly in materials including cement.

Building supply companies have been expanding in emerging countries where they see huge opportunities for growth from the construction of buildings and infrastructures.

Holcim Chairman Rolf Soiron said the merger offered “a once in a lifetime opportunity to deliver substantially better value to customers with more innovation, a wider range of products and solutions” and to raise returns for shareholders.

The combined group would be “uniquely positioned to take advantage of growth in developed markets and the world’s fastest growing economies,” he said in a statement.

Lafarge chief executive Bruno Lafont said the combination of the two companies would “set up the most advanced group in the construction industry, for the benefit of our clients, our employees and our shareholders.”

The new entity would have annual sales of 32 billion euros ($44 billion) and underlying profits on a basis of earnings before interest, tax depreciation and amortisation, of 6.5 billion euros.

The deal was expected to generate economies of scale of 1.4 billion euros over three years.

The deal had the unanimous support of both boards and of core shareholders.

The new firm’s chairman will be Holcim’s Wolfgang Reitzle, with Lafarge’s Lafont becoming its chief executive officer. Holcim and Lafarge will each have seven seats on the new firm’s board.

The two firms said on Friday that they were in merger talks, and reports on Sunday said the respective boards agreed the move during weekend meetings.

The companies are aiming to complete the deal by the first quarter of 2015. Shares in the new firm will be listed on stock exchanges in Paris and Zurich.

Founded in Switzerland in 1912, Holcim employs 71,000 people, with production sites in about 70 countries and a market presence on every continent.