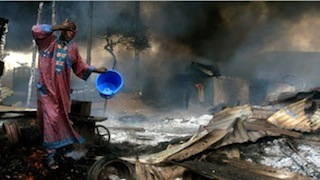 The Police Command in Taraba has confirmed that gunmen on Tuesday killed 10 people in Jibu village in Wukari Local Government Area of the state.

“Yes, I can confirm to you that at about 5 a.m. today, a group of Jukun youths stormed Jibu village, opened fire at the inhabitants and killed 10 people,’’ he said.

According to him, the suspected gunmen killed every one they saw in the area irrespective of the person’s ethnicity and region, including Jukuns.

“I can also confirm to you that 15 people are badly injured and about 20 houses were set ablaze,” he said.

Kwaji, however, disclosed that a joint patrol of Mobile police and military had been deployed to intensify security in the area.

The spokesman, therefore, appealed to people in the area to stay calm, saying security personnel were on top of the situation.

He assured members of the community that the perpetrators of “this dastardly act’’ would be brought to book.