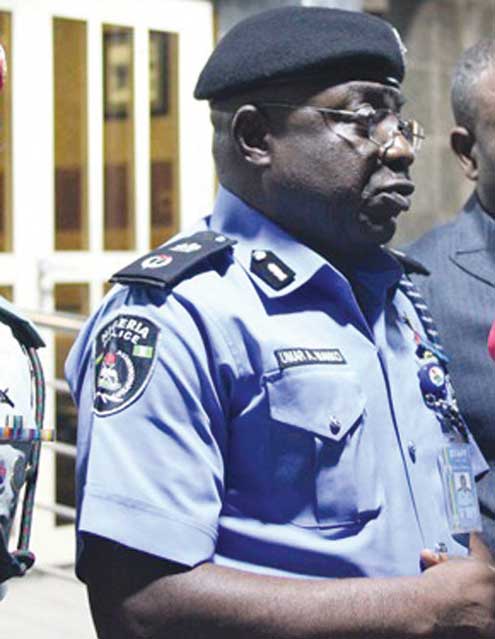 Eleven suspected hoodlums in Adeniji Adele area of Lagos Island, Lagos State, southwest Nigeria, have been arrested and  arraigned before a Tinubu Magistrates’ Court sitting in Lagos for allegedly conspiring with others now at large to attack policemen from  Area ‘A’ Command, Lagos Island, and  set their patrol van on fire.

The suspects were arraigned by the police at Adeniji Adele Division on a three-count charge of felony to wit, arson, assault and conduct likely to cause breach of peace.

Investigation revealed that trouble broke out between the police and the suspects when the police at Area A command responded to a distress call by residents in the area that hoodlums were fighting at a party in front of Asiwaju Bola Ahmed Tinubu Multi-Purpose Hall, Adeniji Adele with dangerous weapons.

On sighting the police team, the rampaging hoodlums were alleged to have attacked the policemen with bottles and cutlasses and attempted to disarm them.

The police team were said to have managed to escape from the scene and called for reinforcement.

It was learnt that before the reinforcement team arrived the scene, the hoodlums had set fire to the police patrol van and escaped, but the police were able to arrest 11 suspects.

An eyewitness at the scene of the incident, who spoke to our reporter under anonymity, said the hoodlums that invaded the party were not invited by the organiser of the party.

The witness alleged that the suspects stormed the party to foment trouble and rob guests.

All the accused persons pleaded not guilty to the charge in the open court and the Chief Magistrate, Miss A. O. Awogboro, admitted them on bail in the sum of N200,000 each with two sureties each in like sum.

The presiding magistrate adjourned the matter till 23 April, 2014 for mention.

All the defendants were, however, taken to Ikoyi Prisons pending when they will fulfil their bail conditions.