Mimiko canvasses for right to own weapons 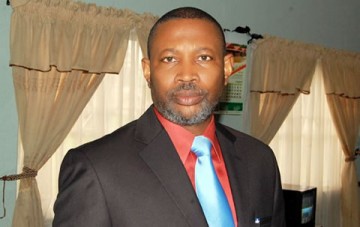 Professor Olufemi Mimiko, the Vice Chancellor of Adekunle Ajasin University and a delegate at the ongoing national conference has recommended that Nigerians should be allowed to carry arms to protect themselves given the present spate of insecurity in the country.

Mimiko who is one of the delegates representing Ondo State at the conference said lawful Nigerians are at a disadvantage compared to criminals who have access to arms to carry out their nefarious activities.

The Professor of Political Science who was contributing to the debate on the opening speech of President Goodluck Jonathan to the Conference said the rights of Nigerians to carry arms should be enshrined in the constitution and that he will submit a proposal to that effect at the Conference at the appropriate time.

At present, Nigerians can only own limited type of guns on the approval of the Police after going through a rigorous process to obtain a license.

But Mimiko said: “On the issue of security, I have noticed that in this country those of us that are lawful are at disadvantage, apart from the weapons that you have in the hands of security forces, the preponderance of weapons are in the hands of criminals and the people that are lawless and therefore want to submit a motion at the nick of time that we should allow the right to bear arms be enshrined in our constitution.

While commenting on the opening speech of Jonathan, Mimiko said the present constitution of the country cannot further the objectives of the creation of a more united, stronger, indivisible and prosperous Nigeria as enunciated by the President.

According to him, Nigeria’s 1999 constitution is a consummation of unitarism which the military introduced many years ago and any attempt to run a plural, heterogeneous entity on the crutches of unitary constitution will certainly not work.

“It does not matter how much time we spent, how many attempts we make to paper it over, basically, the type of constitution that we have is not appropriate for a plural setting that we have in Nigeria.”

While noting that there is too much lopsidedness in Nigeria, he added that there seems to be a conjunction between where an individual come from and privileges he or she has access to in all sectors of the country.

This, he said cannot make for a good federal republic. “We must have a full fledged federal republic, if we don’t have that, we will just be going round without getting the result,” said the Vice Chancellor.