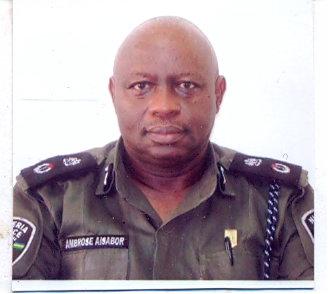 Three persons were feared killed in Ilorin, Kwara State, central Nigeria when supporters of the Peoples Democratic Party,PDP, fought themselves over alleged imposition of certain candidates as the party’s ward executive members.

The state PDP had last week embarked on registration of its members across the 16 local government councils of the state which culminated in the conduct of the ward congresses of the party in the 193 wards in the state.

The incident happened at Sango area of Ilorin on Monday when some of the supporters of the PDP believed to be thugs engaged in sporadic shootings, alleging imposition of members of the executives in the wards.

Our correspondent who monitored the congresses observed that though, there was a large turn out of party supporters, voting was marred by violence in some places especially the Sango area.

The incident was triggered by the recklessness of an unidentified police officer. The police man shot into the air in an attempt to control the rowdy situation but in the process his gun reportedly fell down and was picked by a group of suspected hoodlums who refused to release it to the police. The police, however, forcefully retrieved the AK-47 rifle from the hoodlums but in the process a police man allegedly shot at the suspected hoodlums in possession of the gun resulting in a pandemonium.

Some hoodlums took advantage of the crisis to set up a bonfire along the area thereby paralysing commercial activities and obstructing free flow of traffic.

Similarly, at Ajikobi Central Ward, Ilorin West local government area, P.M. News learnt that the exercise which started smoothly in the morning turned sour as it was disrupted mid way.

Ambrose Aisabor, state Commissioner of Police confirmed the incident. He said seven people have been arrested in connection to the chaos. He stated that only one person died but that the police would commence full investigations into the incident, adding that any person found culpable would be made to face the full wrath of the law.

Alhaji Maryam Muhammed, state Publicity Secretary of the PDP, expressed his disappointment at the way and manner with which the ward congresses had been conducted in the state.