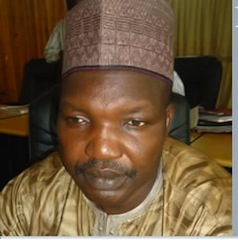 Suspected kidnappers abducted two of the children of the Speaker of Kogi State House of Assembly, Alhaji Momoh-Jimoh Lawal.

The abductors reportedly invaded the speaker’s residence around 4a.m. They gained accessed into the house through the fence and broke into the house at Okengwe in Okene Local Government Area.

The Chief Press Secretary (CPS) to the Speaker, Austin Akubo, said three of the abductors entered the house.

“The abductors demanded for the children: Ogirima, 7, and Hafeez, 3, and also made away with other valuables.

“They took television set, generator, Toyota Yaris saloon car belonging to the wife of the speaker and N20,000.

“The incident was promptly reported to the police and other security agencies in the state,” he said.

He said the kidnappers were yet to open communication with the family on their demands. The Police Public Relations Officer in the state, Emeka Emeh, confirmed the incident.

He said the police would leave no stone unturned to rescue the children.

Emeh assured that the Okene Divisional Police Officer and the Area Commander were on the trail of the kidnappers with a view to apprehending them soon.