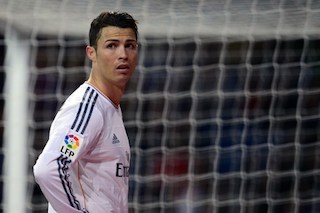 “I’d tell the fans to go into the game with excitement, with the same desire that the team has, that we are all going to give our all to win this title,” Ancelotti was quoted as saying on the club’s official website.

“This game is important for a lot of reasons. Firstly, it is the first title of the season that we can win. Secondly, because we will take on a great side like Barcelona. All of this gives the game a lot of importance. The possibility of winning the first trophy of the season is motivation for us.”

Barcelona experienced a nightmare week when they were knocked out of Europe and lost 1-0 at lowly Granada in La Liga on Saturday.

“I don’t think that there will be a psychological advantage for what happened in the past. The present is a complicated game for both Barcelona and Real Madrid. We have to play well, with excitement, motivation and with a lot of concentration to try and win it.”

Real climbed above Barcelona into second with Saturday’s 4-0 stroll at home to Almeria to move level on 79 points with Atletico and will be licking their lips at the prospect of playing their wounded arch-rivals in the Cup final in Valencia.

“Madrid has an image all over the world that nobody else does. It’s a world famous side with a lot of history and tradition, and that’s what separates it from other clubs,” he concluded.