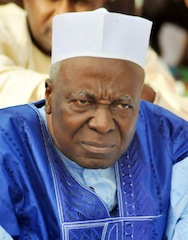 The plenary session of the National Conference in Abuja drew to a temporary close on Thursday as delegates get set to move into committee sessions when they return from the Easter break.

The list of 20 Standing Committees and their chairmen, co-chairmen and deputy chairmen was announced on Wednesday and made available to all the delegates.

It is expected that on their return from the Easter Holidays, starting on Friday and ending on Monday next week, delegates will move straight into committee sessions to deliberate on crucial issues aimed at redressing certain imbalances in the Nigerian polity.

Chairman of the Conference and retired Chief Justice of Nigeria, Justice Idris Legbo Kutigi, informed the delegates that two venues, the National Judicial Institute and 10 meeting rooms at Sheraton Hotels and Towers will be used as meeting venues by the committees.

Of the 20 Standing Committees approved by the Conference to discuss various issues, five are headed by two co-chairmen while the remaining fifteen are headed by a chairman each and a deputy chairman.

To add a bite to this decision, the Work Plan, which is a document stating the activities of the Conference and the time-frame attached to such activities, was finally adopted for implementation pending any alteration based on necessity.

The Work Plan indicates that Committee work would begin on Tuesday April 22 after the Easter break and would end on Wednesday April 30.

Based on protest by some delegates that the time allocated to committee work was too short in view of the exhaustive and thorough job expected to be done, Justice Kutigi appealed to delegates to get down to work first and if the need for extension arises in the process, the necessary representation will be made to the appropriate quarters.

He said the Work Plan was drawn based the time allotted to the Conference by the Federal Government; and that any attempt at arbitrary adjustment could be misunderstood even by the general public who may misconstrue the motive.

The chairman however assured that everything would be done to ensure that lack of time does not hinder the justification of the Conference but urged delegates to properly articulate their points at the committee level and be opened to suggestions from others.

The Work Plan also indicates that Conference would receive reports from committees and commence deliberations on May 5 and May 6 before breaking the plenary again for participation in the World Economic Forum which will hold in Abuja.

Deliberation on the various committee reports will resume on May 12 and will last till May 15 when deliberations would be completed.

Between May 19 to 29, the Conference Secretariat, working with the Report Drafting Committee, will put the report together and present such to the Conference in plenary.

Consideration and adoption of the draft reports by the Conference in plenary will start on June 2 and will end on June 12 after which the final report would be produced and signed between June 16 and 19.

When the plenary resumed on Thursday, most of the discussions centred on the security situation in the country following the bombing in the Federal Capital Territory on Monday and the abduction of 100 school girls in Borno State on Tuesday.

Justice Kutigi said it was wrong and against the Rules of Procedure for anybody to show disrespect to decisions taken at the Conference through upbraiding of other delegates using the media instead of raising such issues on the floor for clarification.