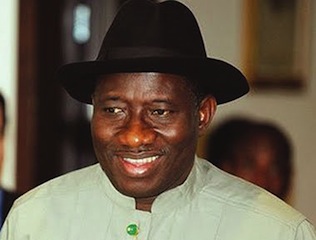 The expanded National Security Council meeting, presided over by President Goodluck Jonathan on Thursday, tasked the military to ensure the rescue of the abducted school girls in Chibok, Borno.

Gov. Kayode Fayemi of Ekiti State said this after the six-hour meeting held at the Presidential Villa.

The state governors, service-chiefs, heads of other security agencies as well as president of Christians Association of Nigeria, Pastor Ayo Oritsejafor and the Sultan of Sokoto, Alhaji Saad Abubakar attended the meeting.

“The meeting agreed that the issue of the moment is Chibok and the abduction of the children and we must do everything to ensure that the abducted children are retrieved and rehabilitated and returned to their their parents,” Fayemi said.

The governor said the meeting frowned at the rising partisanship in dealing with security issues and cautioned political leaders against unguided utterances.

“As Nigerian leaders, the meeting agreed that it is absolutely important for us to tackle security issues in an objective manner and with restraint, avoiding hasty speeches, and anything that will heat up the polity.”

Fayemi said the meeting also stressed the importance of security agencies being scrupulously professional and non partisan in the way they delivered on their duties.

He said the meeting commended the increasing partnership and collaboration but stressed the importance of data sharing among the security agencies.

He said the meeting also agreed that the country needed a holistic comprehensive response to terrorism.

“Military action is important and the meeting agreed that we must continue to empower the various agencies involved in the level of the military and security sector to do their jobs.

“However, the meeting recognises that we need to widen this to include anti poverty strategy and soft approach in addition to the hard approach being expanded by the military,” he said.

At the meeting, they also noted the importance of expanding capacity building of media organisations, particularly in reporting security matters.

Specifically, he said the meeting agreed that the media should be more responsible and careful in presentation of security issues not to affect the sensibility of the public and the image of the country.

Gov. Kashim Shettima of Borno said the meeting was fruitful and called for more investment in security.

He said the meeting also underscored the need for all levels of government to work together in fighting terrorism.

Minister of Defence, Lt.-Gen. Aliyu Gusau (retd) who presided over the media briefing, said that the meeting discussed the overall security of the country.

“The security operation in the North East region, cattle rustling, kidnapping and other criminal activities that warrant security attention”.

He stated that they concluded that the Federal Government should do everything within its powers, with the collaboration of the state, local governments and everybody to bring the unfortunate situation under control.

“It was decided that security is everybody’s responsibility, not the responsibility of the government only; every citizen must be security conscious,” he said.

The governors of Oyo, Imo, Jigawa, Rivers, Ogun, Kano, Yobe, Edo and Plateau were represented by their deputies while only Lagos was absent.

Also at the meeting were Secretary to the Government of the Federation (SGF), Anyim Pius Anyim and Chief of Staff to the President, Chief Jones Arogbofa.