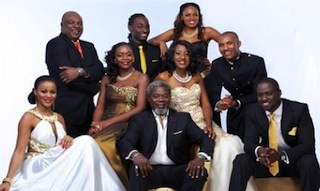 M-Net’s AfricaMagic is throwing its doors open as it auditions for Africa’s next brightest TV and film stars.

P.M.NEWS Entertainment Café learnt that as part of its contribution to the development of local production of film and TV initiatives in Nigeria, AfricaMagic is once again calling on aspiring actors and actresses in the country to audition for various roles in the popular soap opera, Tinsel and its first ever film feature initiative, AfricaMagic Original Films.

The auditions are scheduled to hold simultaneously on 1 and 2 May in Nigeria (Lagos and Ibadan) and in Ghana.

“This is a wonderful opportunity for anyone who truly believes he or she has what it takes to be a TV or film star and what better platform to launch an acting career if not on the continent’s largest content provider and we are hopeful of a huge turnout at the auditions,” said Wangi Mba-Uzoukwu, Regional Director, M-Net Africa.

She added that with a fast growing film library, AfricaMagic Original Films has produced over 60 movies in the first phase of this film initiative and on its way to the second, prompting these auditions, to seek potential film stars and give opportunities to a wide range of film enthusiasts.